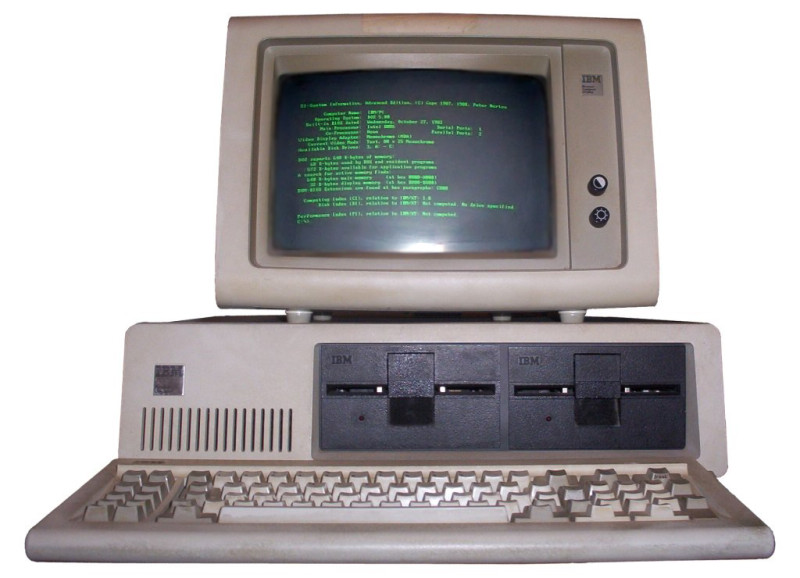 This is my first computer, an IBM PC model 5150 with a monochrome display model 5151, the year I started college in 1984. It only had a text graphics card, so I couldn’t play Flight Simulator. That nixed my plans to become a pilot. I DID become a touch-typing ace on the clacky IBM PC keyboard. And so started my love affair with writing.

I’m not a « real » writer. Mostly I’m enamoured with seeing typed sentences magically materialize on a screen. Some day I’ll deliver a literary Everest, or at least, something a bit longer than a fancy email, maybe with a plot. I’ve heard that monkeys banging on keyboards will eventually hammer out « Macbeth », so there’s hope…

Alas, there’s a problem.  I have an itty, bitty little attention span. Stuck for a pithy phrase? Alt+Tab – OMG – kittens fighting with light sabers! Must. Watch. That habit can get you fired, or worse, if you’re self-employed like me. « Amused to Death » is not a proud way to go.  I’m a skipper whose ship lies stranded in « The Shallows« …

Blame our steppe-dwelling ancestors, but our species is hard-wired to crave distraction. The micro-interruptions of social media, the thrill of discovery when chasing flighty notions on Google – all trigger happy chemical reactions in our bloodstream. Stuff gets not done. So to go cold monk, Alt-X the options. Wait – nix the monks – too much paper and pencil involved. For a 21st century fix, check this.

Forget word processors, writing apps, Siri, Cortana and their ilk. Here’s a staggering list of plain text editors for Apple aficionados, Windows illuminati, and Linux lunatics. Careful – many are highly specialized markup blades for code ninjas, so go with a simple kitchen knife for basic literary cuisine. Notepad will do. I use gedit – explanations below.

First, you kill all the Alt+Tab distractibles. That includes email, Skype, anything lurking in the background, ready to pounce at the first sign of flagging intent. Then you launch your text editor. Here’s where you could totally lose your mind, because you’ll fiddle with font type, color, background color, etc.

My advice – ask your eyes. In bright surroundings, a light background and dark text is easier to see. Inverse for dark conditions. You’ll know you’ve reached UI perfection when you gaze at those lines of « qwerty qwerty qwerty » and slip into a higher state of awareness. Enjoy – its addictive! 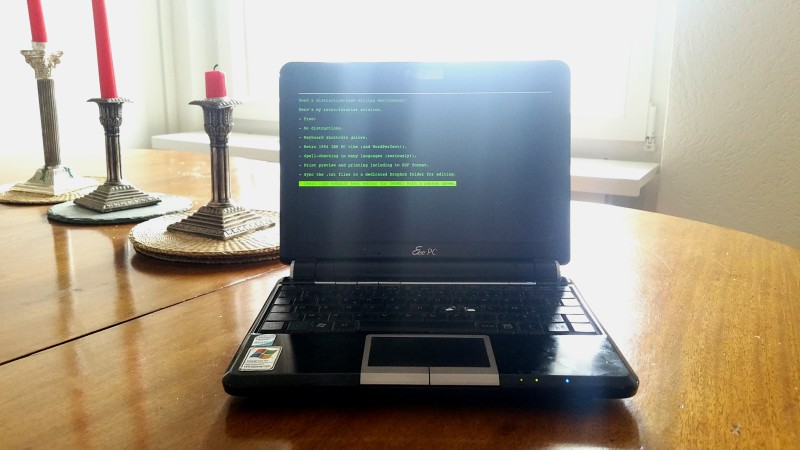 This is gedit running in Fullscreen mode (F11). Gedit’s themes rock because I can modify the text and background colors. Its way too much blade for a liberal arts major (French!) but by adjusting two lines of code in the xml theme file, I’m in business.

Here are the two styles I modified (with gedit) to obtain that retro « IBM Monochrome Green »:

While you’re in Preferences, choose Font&Colors>Font to select the font Courier 10 Pitch 12. This is a monospaced font designed by IBM for their electric typewriters in the 1950s and recycled for computer terminals because of its ability to clearly display data in columns. Easy on the eyes, and so vintage chic! With a plugin you can enable spell-checking (in French for example).

Printing is dot-matrix simple, just a few rudimentary parameters. Give your letters that early eighties look. Or print straight to PDF, if you absolutely must. 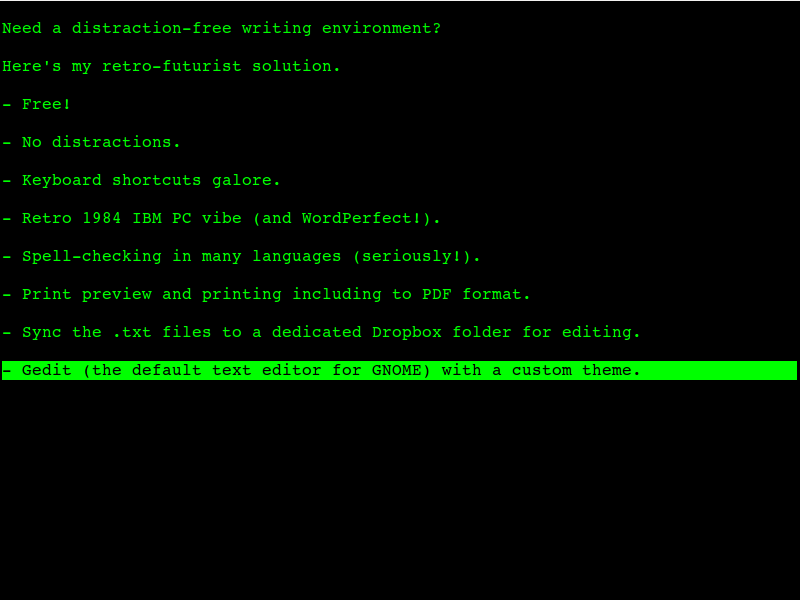 This is my gedit screen massaged to mimic WordPerfect 3.0. The terminal-type workspace lends itself well to distraction-free writing. No other applications are running in the background, I promise!

Here are some useful resources for gedit themes and installation instructions.

Once the monkeys have completed their work, you’ll want to save the masterpiece. Why not replicate the document to your other devices? Its the 21st century, after all. I guess I’m more geek than nostalgic, so I won’t rest easy until I’ve synced everything to the cloud. You can do the same, using Dropbox, iCloud, OneDrive, whatever. Please do that right now while savouring the irony of sending plain-text documents produced on a fake 1980s setup to a completely theoretical location. Via wifi.

Now you can use other tools to edit your masterpiece before cross-posting on InstaTwitFace.

Why bother with such creative shenanigans? Several reasons. First, you become a bona fida member of the text-based lifestyle snobs (like the Moleskine folks, with computers). Yes, its a thing. Second, you can win back some credibility with your teenage daughter. Blow her digital native mind with some pseudo-vintage chic, and make her forget that time you regaled her friends with Rush and Van Halen tracks. Oh, and also, you might unlock some untapped reserves of creative writing, gain some much-needed perspective on society’s mad dash to automated obsolescence. Your mileage may vary.

If you’re really brave (or desperate) go peruse these 21st century reincarnations of the manual typewriter. 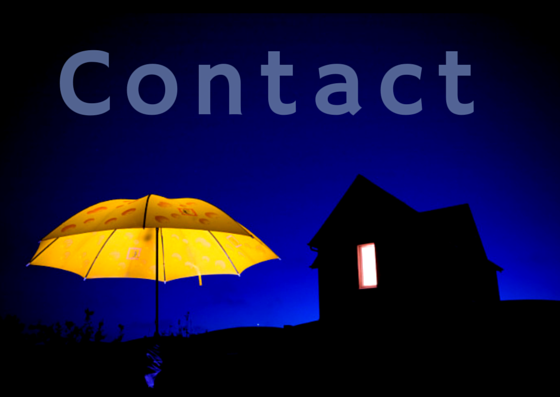